PS: First, could you say some words about the supporter culture in Brazil? What would you say is it’s charateristics?

GU: Brazil is a huge country, so there are some specific traditions in each region. But there’s something common in the whole country: the influence of samba. It’s the roots for chants, songs and musical instruments used inside of stadiums.

PS: When brazilians speak about football it’s often talk about the «jogo bonito» (the beautiful game). Do their exist some words or terms that explains «the beautiful supporters»?

GU: We don’t have a specific term for that, but our supporters are often responsible for great atmosphere and I’m sure they do influence on the game.

PS: It seems that you take most of your photos within the crowd. How do you interact with the supporters? And how many games do you travel to each year?

GU: I usually see about 50 games during the year. I always work in the middle of supporters so this interaction has to be very respectful. I’m basically the only one doing it this way here in Brazil so a lot of people already know my work. It makes things easier for me. I also have a good relationship with ultras groups because because they respect my photos so I can tell you i’m the only brazilian journalist with totally «free pass» between all kinds of football supporters, even between the hardcore ones.

PS: Could you explain for us what a torcida is?

GU: A torcida is an organized group of football supporters. In Brazil these groups are really organized, so they have their own clothes, stores, rules and hierarchy, they even make their own elections.

Leaders from different supporter groups (Click on a photo to open gallery).

PS: What is your expectations before this summers World Cup?

GU: The World Cup is great for politicians, business men, companies and the media. They see their opportunities increasing and a lot of new investments coming for the country. But it’s terrible for supporters and the poor people. Supporters have to deal with many new rules and everything related to football gets more expensive. For the poor people it can be even worse if they live near the stadiums for example. Many lower class neighborhoods are being destroyed by the government just to «clean» the areas where tourists and international press will be. Or try to imagine how sickening it’s to see the building of new stadiums where there are no schools and hospitals. As a football fan I should be happy with the World Cup happening in my country, but the price of it for the society and the social injustices that are happening now have erased the glow of the Cup.

GU: I’ll be on the streets because I think it will be much more interesting. Besides the celebrations and the parties there will be protests and riots. You’ll only see the real thing in the streets, inside of stadiums it will be a theater made by Fifa for tourists and international media. 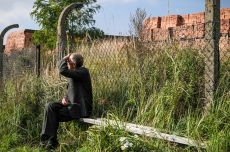